Thanks, always nice to read about people enjoying the module. What I'm wrestling with right now is balance for higher level characters in an open world design. I think this goes for both systems, although KotC2 does give the player many tools (the different classes and abilities) to grow quite powerful. At the same time, I also want players to feel a sense of accomplishment where encounters that were tough with an earlier party, could be revisited and handle them better. As long as people are having fun, that's the most important thing.
Top

It is so hard to make a module well balanced. I tend to try for a challenging module/campaign that may take a couple "restarts" to fine tune your party. I don't want it to be too easy where it gets boring, but if it is too hard, people may give up. I'm okay with the less interested players giving up, but I don't want the interested players to get too frustrated. It is a balancing act.
Top

Just for fun, I uploaded a video of when I made part of Hearkenwold in the FRUA engine. That was around 2015, so this is the first time I recorded anything from that design.

This is the same encounter as the fight against the mummy and wraiths in the KOTC2 version, which I uploaded earlier in the year. I also wanted to compare how combat plays out in each engine. There are less options available in AD&D Gold Box games, but it can be just as dangerous due to the importance of winning initiative and powerful enemy abilities like causing fear, disease and level drain.

It's also fun to walk around Hearkenwold in first person perspective.

Just to follow up on the comments above, I think this goes to show how a mid-level party can enjoy challenging fights, but the same battle approached by higher level characters would have an easier time. The original IceBlink version of the module is more open, so it is conceivable a player could hold off and come back later if they found these undead too difficult.
Top

I was testing build 203, and decided to upload a new IceBlink video.

This one shows some of the weather effects as the party is exploring the wilderness and runs into a potential problem that needed to be eliminated. The content is a preview of the continuing adventure in Hearkenwold, and characters here are 8th/9th level, capable of handling such a threat.
Top

Nice - I really like those effects. Your use of fog is subtle, it makes it feel less static. It's a good touch.
Top

Thanks, I like having the weather animations. I think it adds to the sense of adventure, braving the outdoors. Some of the settings include lightning strikes, which can be quite dramatic.
Top

I noticed that when going through the inventory to see the feathers, it seems that the yellow frame that is supposed to show which items are equipped is showing on all pages in the inventory and not just on page one. Another bug it looks like

I think that might have been a display glitch. Notice the pages jumped from 1 to 6, and the yellow frame carried over. I was testing just now, and when I went into the party inventory, the yellow frame did not appear on the top row of items. On the other hand, I think I have seen that behaviour before, so it could be something. Let me know if you are able to reproduce this bug.

edit: Correction, when I tested yesterday, I was still using the 200.1 version. The video is from build 203. So perhaps the issue popped up again in the latest build.
Top

I am nearing completion of the next version of the Hearkenwold campaign, which will include all the new updates and areas. Last month I was working on the wilderness maps, featuring new points of interest between the Dwarf Village of Hamhock and the town of Burdun. These include:

A battle with giant leeches. 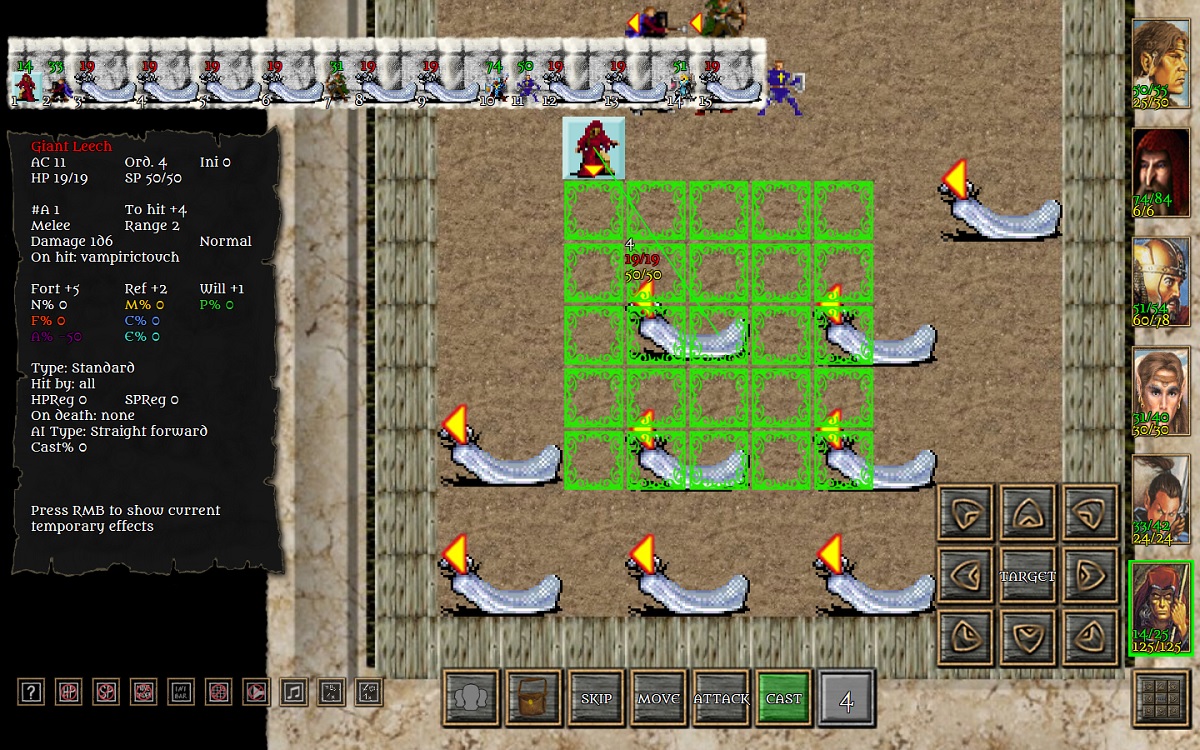 An encounter with a colony of myconids 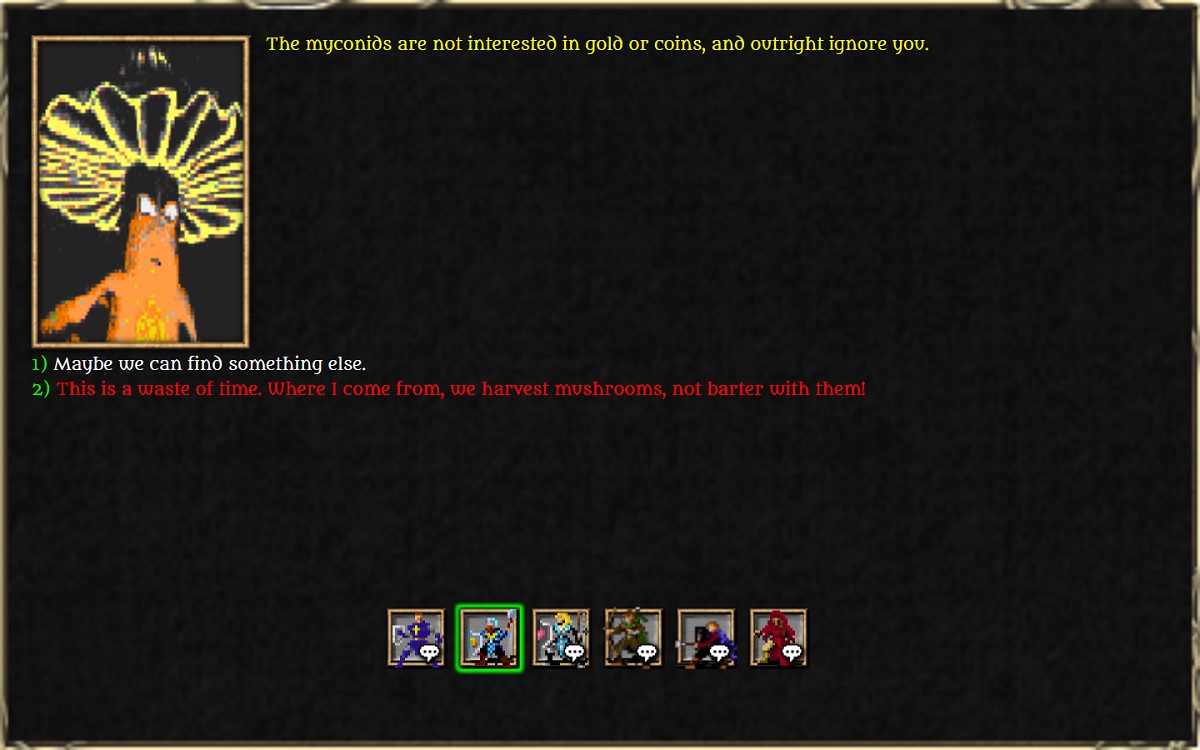 I also have an arena like optional area, in another part of the gameworld, comprised of multiple levels for the party to fight through. These are populated by groups of monsters that will be seen for the first time, such as the many tentacled Wyndlass, who gets eleven attacks on its turn. Ouch. 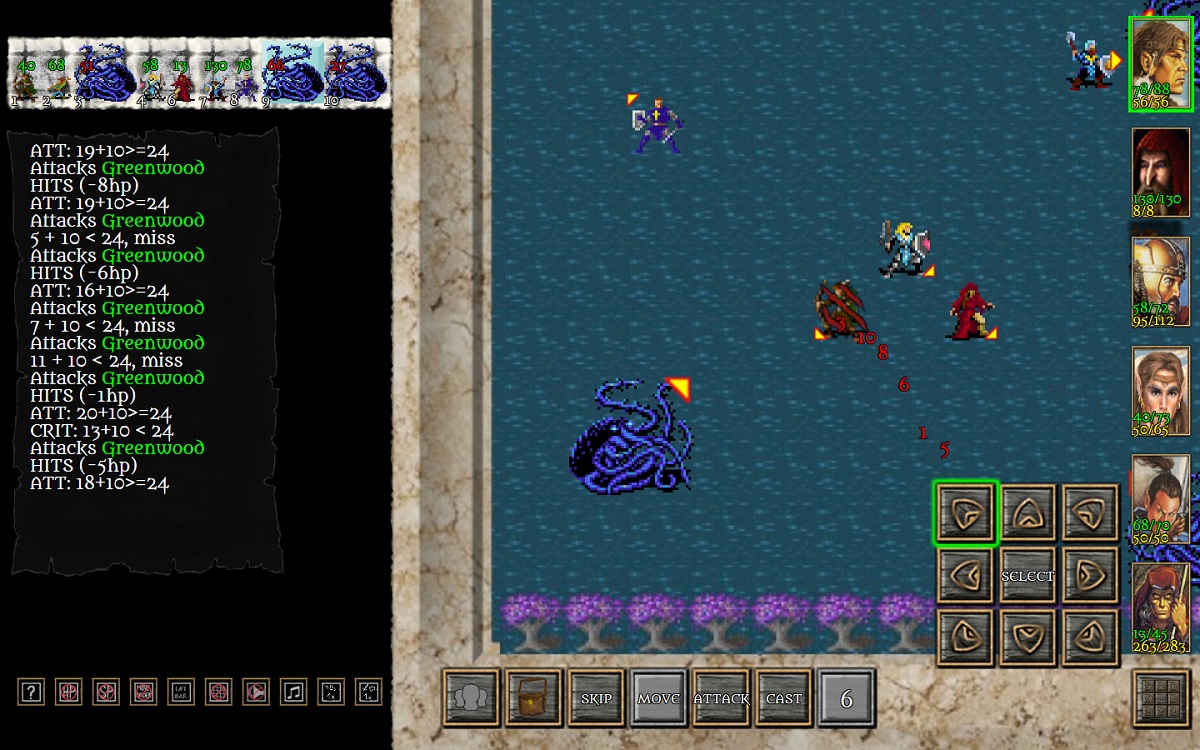 And powerful, dangerous items can be found. 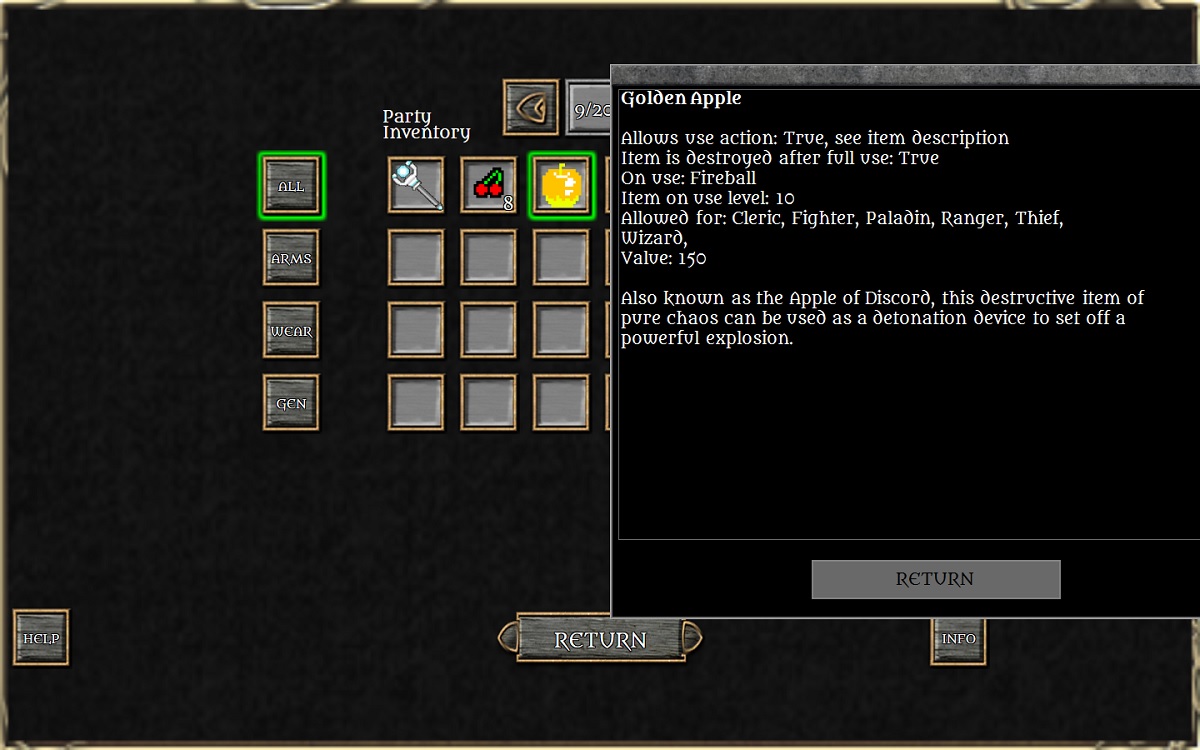 I have five of the levels complete so far, and that is halfway finished. So I should be done with this area by the end of September. By that time, all the rest of the content will be in place, and I expect to release the updated module shortly thereafter.

Here's one more screenshot from the Khrystos Caves. I just happened to like the possible directions available to explore, and the curiosity about what lies behind the next door. Even I forget sometimes, as the caverns stretch across dozens of maps, on multiple levels. 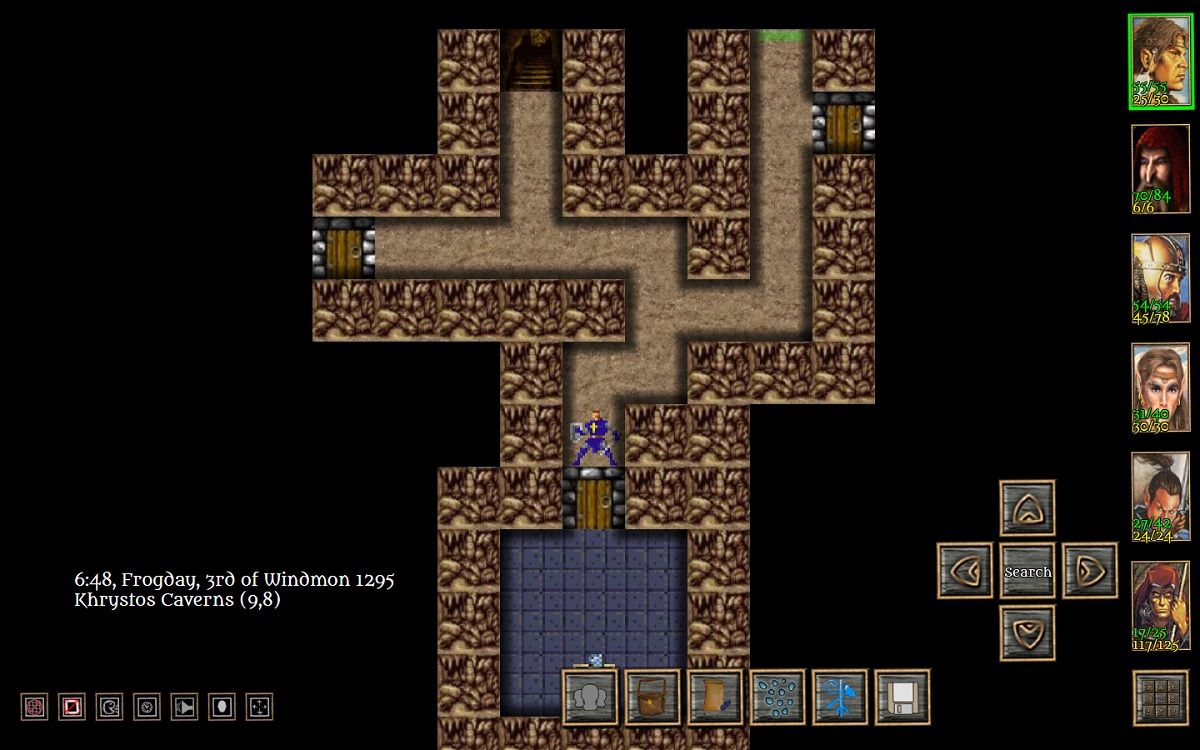