Looks and sounds great! It also sounds like you are making good progress and maybe slightly ahead of projected schedule. I like the new conversation layout. Is it a module setting or a player setting for choosing the convo layout?
Top

The conversation layout is an option in the main menu, under Display Options. It can be toggled between the two by the player, at any point during the game. It also affects the big image narration screen as well.

Regarding progress, if I wanted to be optimistic, I think I could finish by the end of August. But some of the branching conversations are quite long (KotC2 does not have the feature to link to previous nodes, like IceBlink or Neverwinter Nights) and I want to leave enough time to complete everything. If I go three weeks into September, it's still the end of summer!
Top

I am in the middle of finishing up the Edinmoor conversion into the Knights of the Chalice 2 engine, and just uploaded a new video to give a peek at some of the upcoming content. Here, the party is making their way through a Villa/Estate of a minstrel, and run into some of his unfriendly associates. The battle did not go well on account of the enemy spellcasters getting their turn before our cleric could silence them or even finish them off. Still, our paladin was able to pull out a win as the sole survivor, but the casualties were high.

I would have re-fought this encounter, however I think it serves as a good demonstration of what the enemy AI is capable of, if not kept in check.

In addition to new content for Hearkenwold, the Knights of the Chalice 2 engine has been getting numerous changes by way of class upgrades to Barbarians, Rogues and Monks. These have been incorporated into the module, so in the next version, enemies of such class types will be tougher.
Here are a couple of screens from elsewhere in the module showing barbarian bugbears that now have access to "Spirit Animals" (a feature that grants different special abilities) and have a sonic breath weapon. 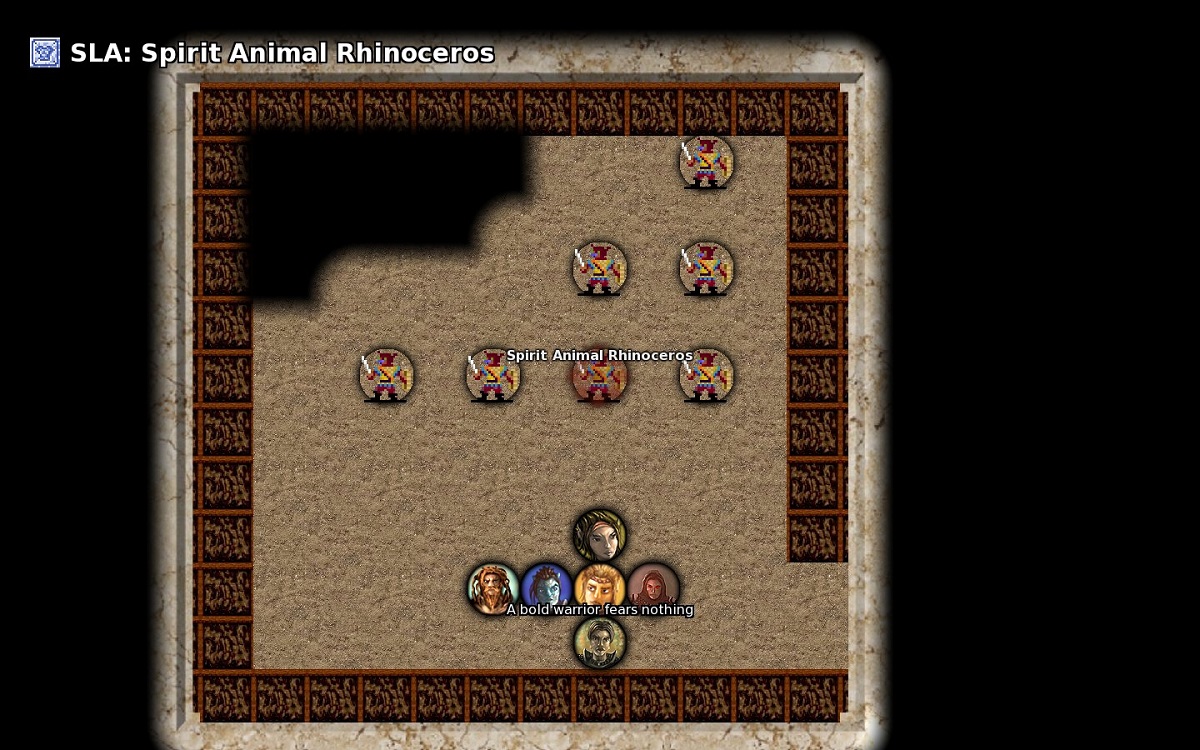 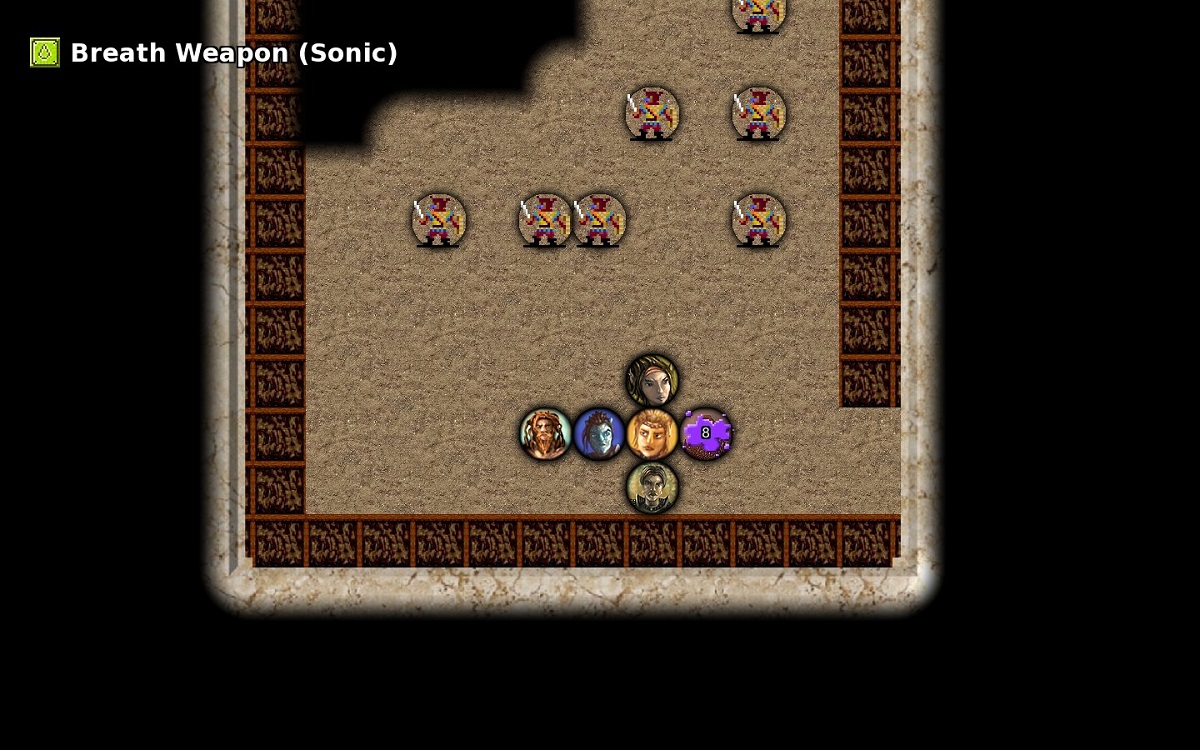 Finally, one of the puzzles that appears in the Augury of Chaos module is a type of coded message. The kind where you have to figure out what letter of the alphabet a rune represents, and try to solve it. Sometimes the player gets a couple of words as a starting point, and you can work it out from there. I was able make use of this in the upcoming Ednmoor adventure, where a particular document was written in code. It will be up to the player to figure out the message. 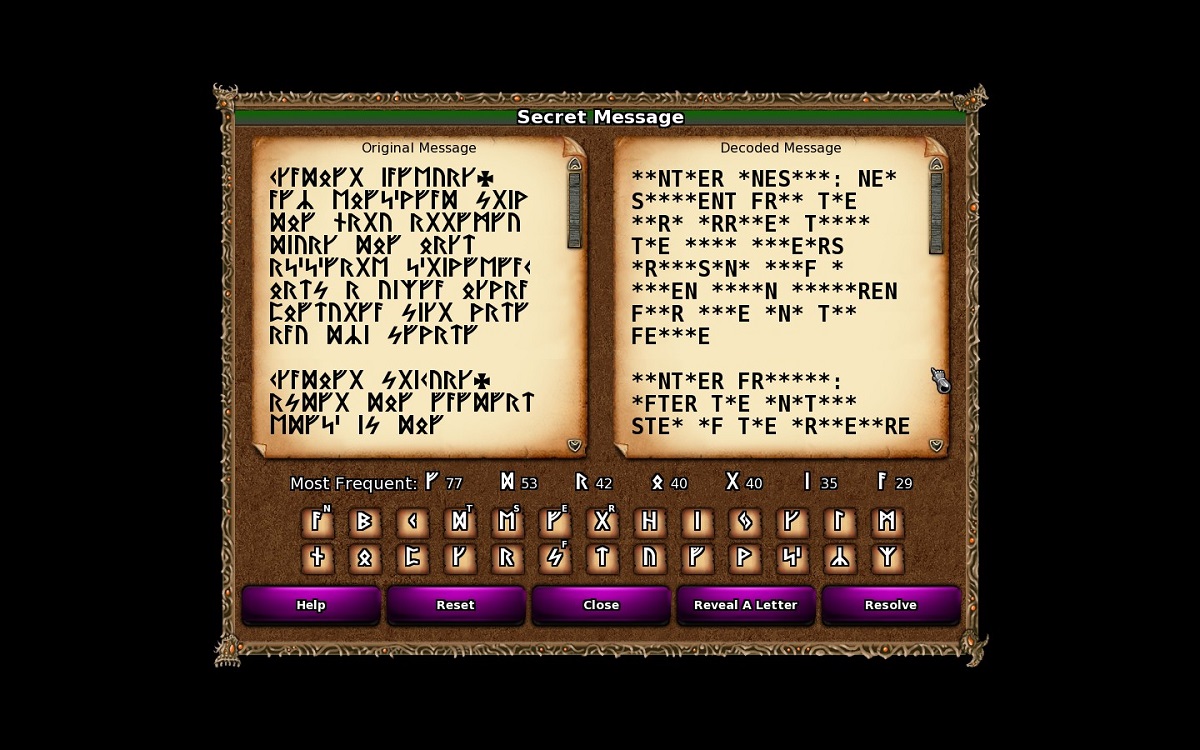 Edinmoor should be complete in the next few weeks, although I still need to do some testing. And there are other fixes or improvements to the Hearkenwold module I am adding after receiving great feedback from players. So I am still aiming for an end of August release, but if it happens to slip into early September, that still counts as summer!
Top

Looking great! That was a funny video. The casters were not messing around

Thanks, slowdive. I should mention that of course, all this content is in the IceBlink version of the module already. It is interesting that the IceBlink counterpart of the mages also have web, stinking cloud and fireball in their spell selection. Or at least they should. I will make sure to check that.
Top

Loved the video! Those spell casters were proper nasty. I enjoy all the race/class specific convo options you add in as well, helps set a good tone for the adventure.
Top

Thank you, Pongo, I appreciate the feedback. I think the different character dialogue choices are a big part of the experience. Some times, they are just one-off comments, which help give a little personality to a party member. And in more drawn-out conversations, these options can lead to varied responses.
Top
Post Reply
247 posts