Looks great Dorateen, that's an impressive amount of progress! Soth Tarnel looks like it will be a fun challenge.
Top

Thanks, Pongo. I was testing yesterday, and there are some fights I think can get pretty challenging. As is the nature of an open design, a big factor is the level of the party when they enter this area. No shame in characters finding themselves in over their heads and running off to come back later.
Top

I am in the middle of finishing up the Edinmoor adventure, which will soon be incorporated into the Hearkenwold campaign. The final dungeon is being built, and if the party can escape, I'll have a few NPCs they can converse with and get some additional dialogue. At that point, it is just epilogue type stuff and testing, running through encounters from start to finish. I am planning to release the new version of the module by June.

Here, the characters get an explanation about the nature of the Anvil of Time: 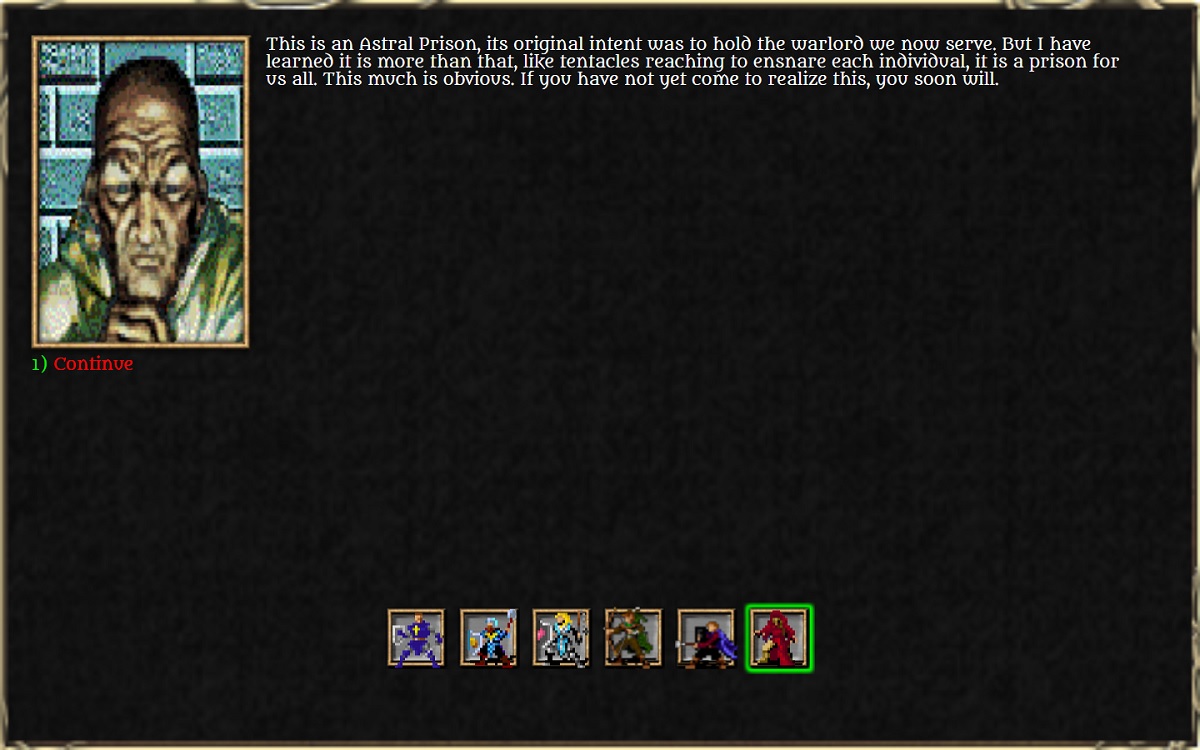 This is a dungeon constructed of interconnected maps, and multiple levels. There are some unique features to the area, as the screenshot below shows. 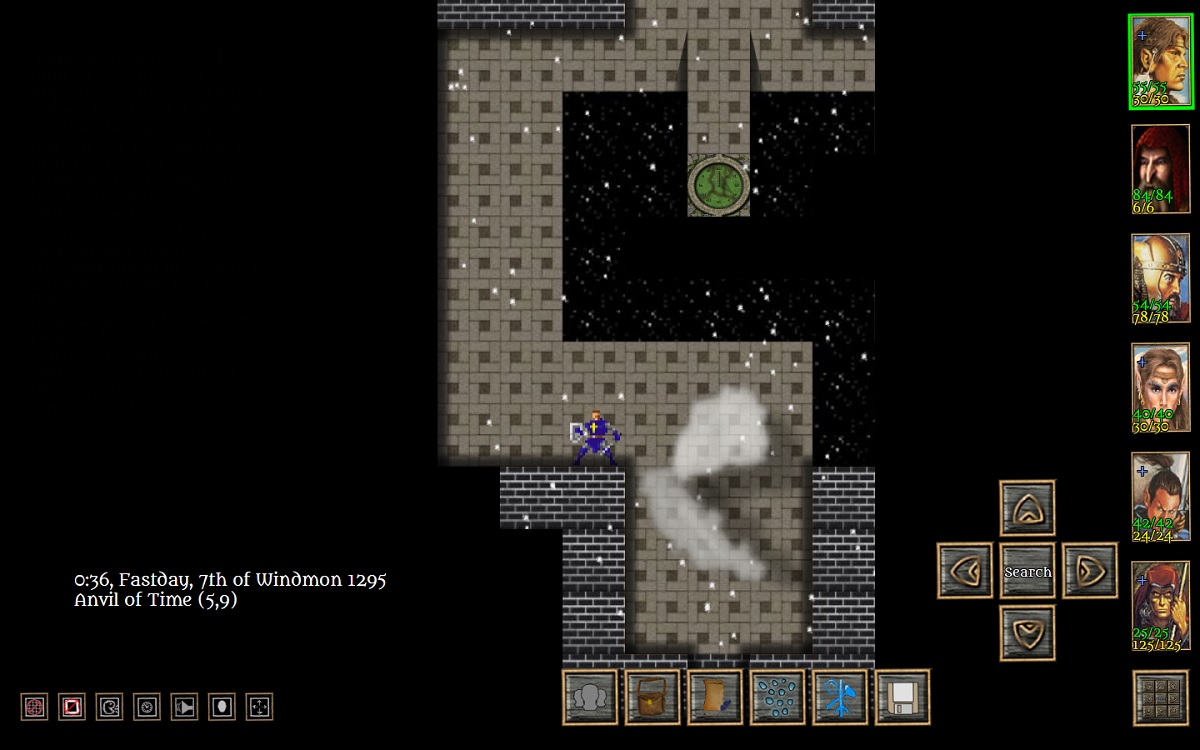 Naturally, there is going to be some fighting. Although there are opportunities for the party to avoid combat, sometimes depending on choices they have made. But when diplomacy fails, you end up in a brawl with winged lizard-like monstrosities. I gave them enough spell points to cast a barkskin spell on their first turn (+4 AC) and then they attack four times per round. 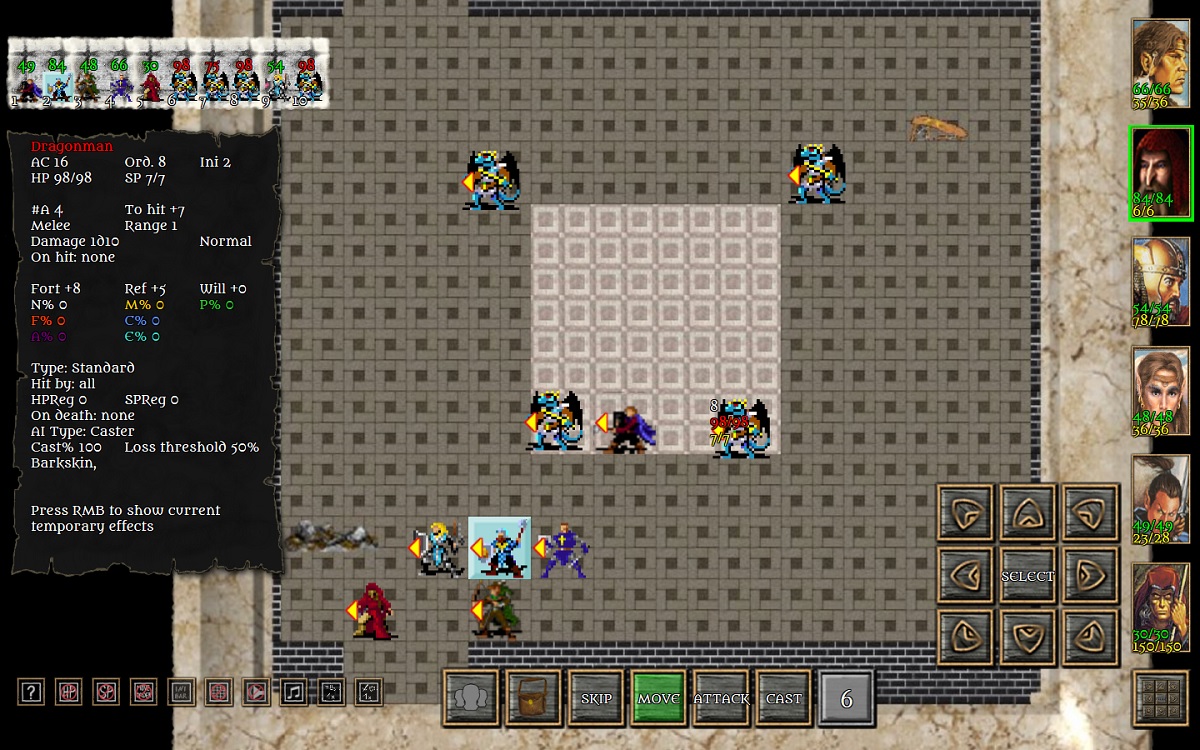 Here is a look at a new type of ammunition, with a thematic flare. Because these arrows trigger an AoE spell upon hit, they are best used situationally so as not to catch other party members. 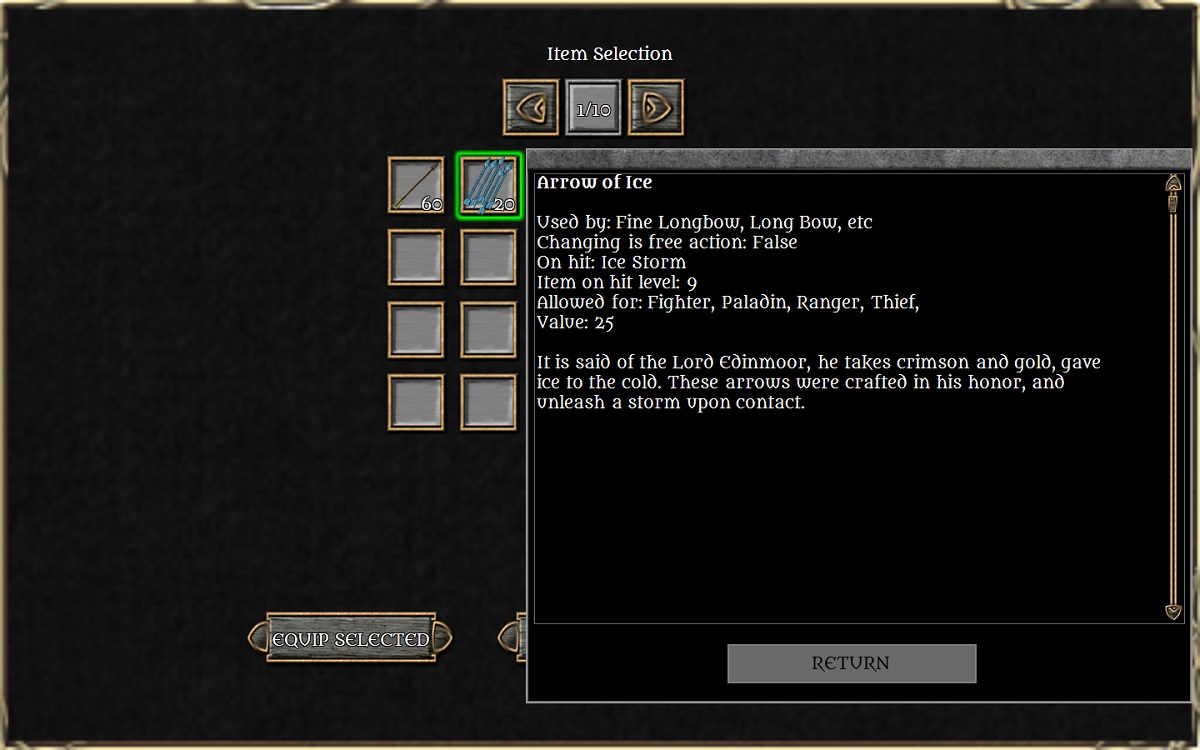 If everything goes according to schedule, the next post will be about the release of the module for download. Again, Edinmoor works as a stand alone adventure, which the player can stumble upon if they are launching a new game from the start. Or loading up an existing save, characters can try to tackle the new content as a diversion.
Top

Looks great! Good to hear you're still on track.
Top

Thanks, Pongo! I'm working on the final level of the dungeon. Most of the conversations are finished. Just a few more fights/encounters, and I should be good to go.
Top

I have a new version of Hearkenwold available to download. This now contains the Edinmoor adventure as part of the campaign.

This still uses version 203 of IceBlink, so players with the engine already downloaded only need to copy and replace the Hearkenwold module folder from the new compressed file above. Saved games will carry over as well.

Edinmoor is optional side content the party can stumble upon whenever they wish, and should they choose to follow the threads of exploration. There is no overarching quest in the main campaign to visit Edinmoor, it is only tangentially connected to the rest of the story (At least on the surface level. There might be deeper implications down the road.) but a couple of NPCs who can be found elsewhere in Hearkenwold will make an appearance. Like this one: 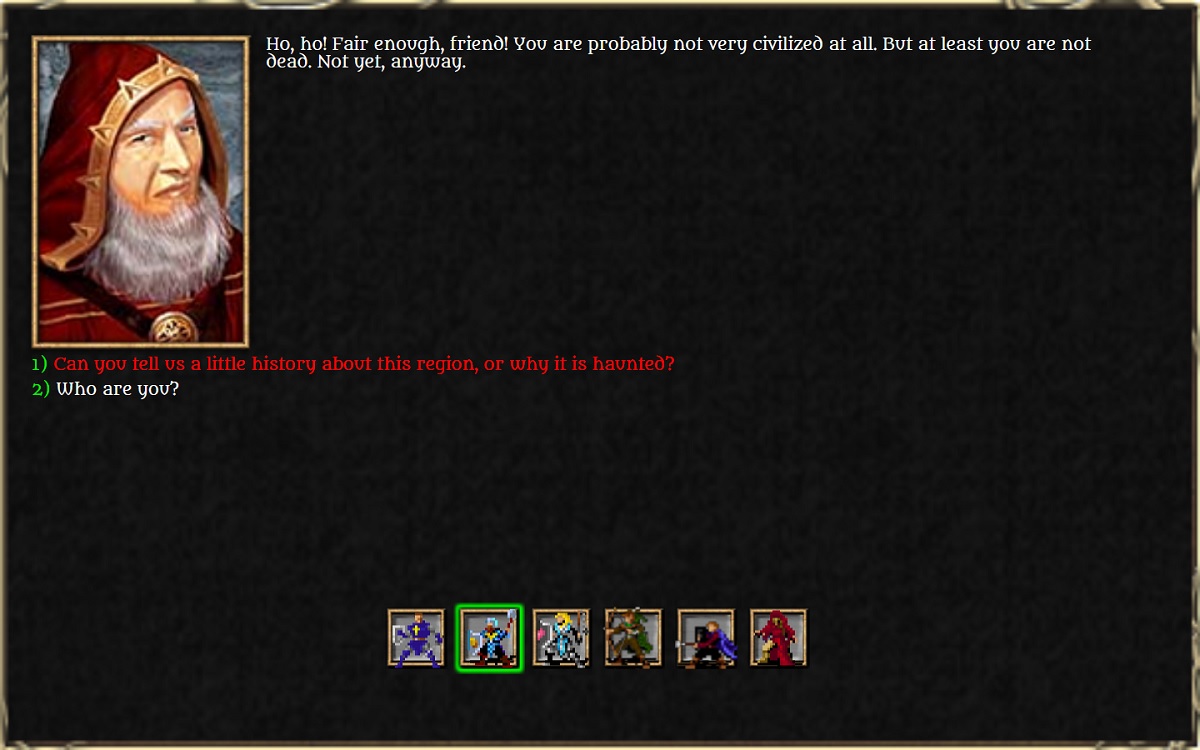 I also made a change to the Amethyst Road, which runs through the Village of Hamhock and up to the Dwarven Halls. Using the excellent Dungeon Crawl Soup tiles made available, I swapped with this darker shade of purple. 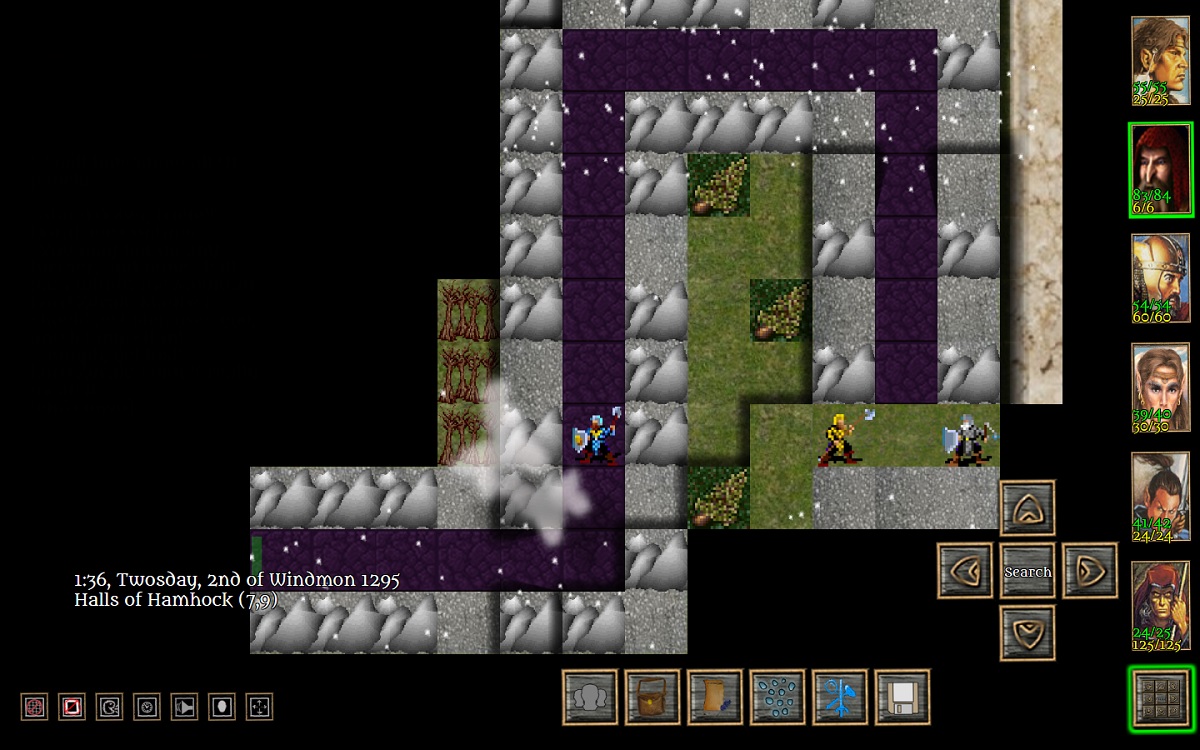 Finally, as mentioned, starting a new game players will have to travel a bit to find Edinmoor, and should probably have a few levels under their belt. Those who have already ventured in Hearkenwold, a point of reference is the Slaughtered Lamb Tavern near the mountains, and moving directly west will open up the new maps.

Here is the updated world map that shows how additional overland areas connect. 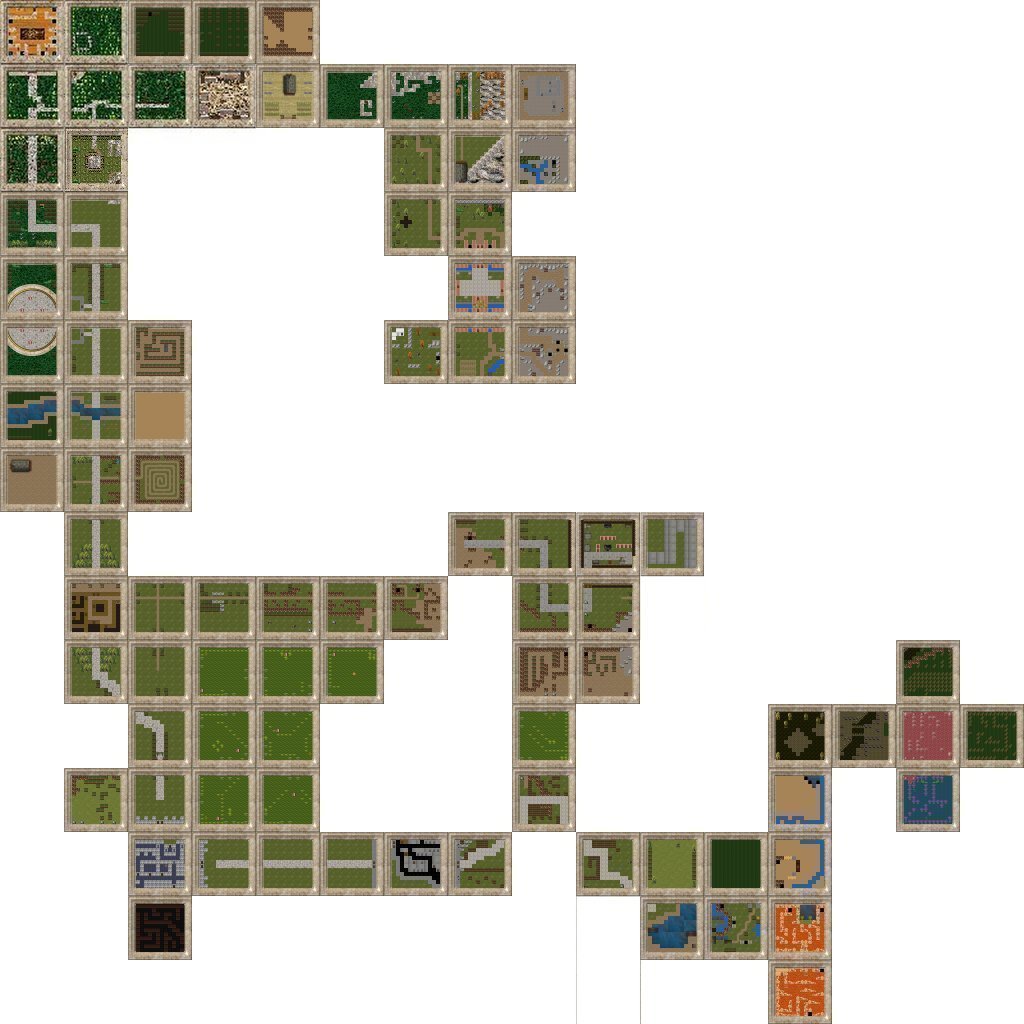 Good stuff! Its awesome to see how this is coming together. Look forward to continuing my playthough and now exploring Edinoor.
Top

Yeah for the June update and the new version of Hearkenwold. I guess I didn't get IB v204 done in time for the recent release, haha. Maybe IB v204 will be ready for the next release of Hearkenwold though

which I assume will be some time after KotC2 receives the Hearkenwold update as well.
Top

Thanks, Pongo and slowdive.

The moment build 204 becomes available and I have a chance to test it, I will release a new version of the module, even if it does not add any new content.

Right now, I am working on the KotC2 Edinmoor conversion, and plan to finish by end of summer. Then I will be working in IceBlink again with fresh ideas. I'll write more about it in July.
Top

After the recent release of Edinmoor in Hearkenwold, I have been working on building this new content into the Knights of the Chalice 2 version of the module. I've got nearly all the maps loaded into the campaign. Now I just need to finish conversations, and encounters, which of course includes creating new creatures and items. Projection for release remains end of summer.

Here are two screenshots that show how Edinmoor Court appears in the KotC2 engine: 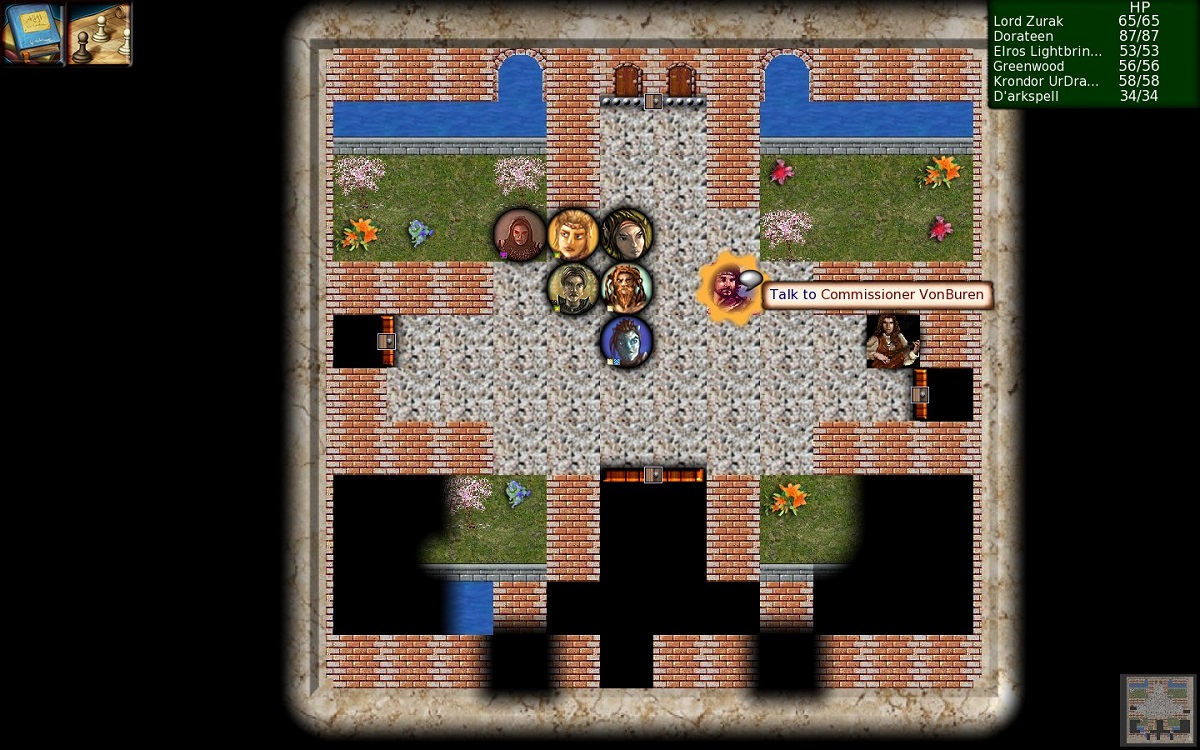 There was an update to Knights of the Chalice previously, which added an alternative dialogue interface. Rather than having NPC or narrative text on top, and Player responses on the bottom of the screen, this merges both into one text box, as shown in the first example.

I am using the token display of characters here, which is always an option for the player. The module is still designed with the original Knights of the Chalice sprites in mind, and this is toggled back with the option to display characters as animated sprites.

In June, someone did a very extensive playthrough of Hearkenwold and helped me with a lot of useful information. There will be fixes and improvements in the upcoming KotC2 release.

Finally, to return to this to IceBlink, I have given thought about where I will take the adventure in the fall. One of the objectives will be to continue the main arc, with the party pursuing leads that were introduced if they had made it to a certain cliffhanger encounter. However, I was looking at the map, and I would also like to expand the outdoor areas along the River Astar. This will likely require the party to gain access to a boat, and there already exists a boatman NPC who can help the heroes from Hearkenwold. Of course, they will probably have to do something for him first.

But that will be for another day, and another update.
Top
Post Reply
242 posts